The restaurant is open for breakfast, lunch and dinner; also serving signature brunch and high tea every weekend. 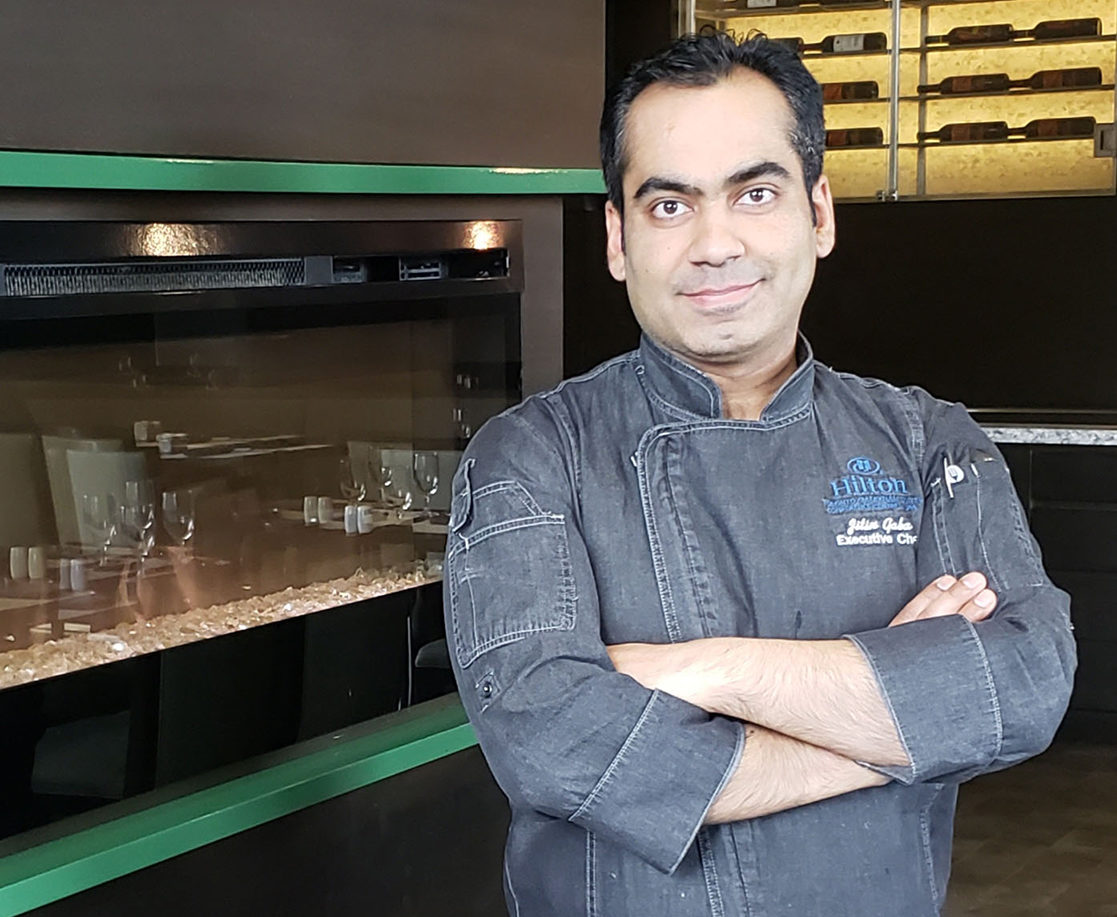 Although born in Delhi, India, Jitin spent a lot of time in France and Italy, where he developed his culinary skills and passion for cooking at an early age. He would often assist his mother in the kitchen, cooking for his family, and accompanying her to the local food market, choosing freshest produce and later transforming ingredients into meals.

Prior to his journey with Hilton, Jitin worked as an Executive Sous Chef at the Fairmont Royal York (Toronto), which has one of the biggest kitchens in North America, as well as Chef de Cuisine at TOCA restaurant at the Ritz Carlton Toronto.

From his home base in Toronto, where he lives with his wife, Jitin journeys weekly to fresh produce markets in his neighbourhood and beyond, sourcing new ingredients and suppliers and discovering different family-owned businesses and new producers. Jitin's favourite cuisine is Italian, made with fresh local ingredients. Like other members of his 35-plus culinary team, he is passionate and creative about cooking, which shows in the menus he creates!

We love to hear your feedback.

Feel free to leave us a review on OpenTable.

Nice brunch with a fair amount of variety. Family enjoyed the outing. I think the price was wrong on our bill but we paid anyway. Food was very good and the hotel setting is good. I am sure we will come again in the future.

We were delighted with the excellent service, communication re special occasion, seating and fine food. The lunch menu was original and tasty. We were seated at the window looking outside where we enjoyed the outside scenery. A lovely birthday cake was prepared and served. Thank you.

We're here to help with any questions or concerns.

Is there free parking?

Parking is complimentary for two hours while dining at the restaurant.  Please park and give your license plate with the hostess upon arrival.

Are there private rooms available?

There is a private dining room that seats up to 12 available for a fee and a semi-private octagon area. Group and custom menu options available. View group menus here.

Is your restaurant accessible?

Do you offer afternoon tea?

Do you offer brunch?

What are the hours of operation?

The restaurant and lounge is currently closed due to updated protocols. Takeout is available on UberEats and DoorDash from 11:30 am to 10:00 pm.

Can I purchase Gift Certificates?

Gift Certificates can be purchase for any denomination at the hotel front desk.